Is It Time to Admit that the International Space Station Isn't Worth it Anymore?

The International Space Station (ISS) has now been continuously inhabited by a crew of astronauts for 16 consecutive years. Since November 2nd, 2000, the ISS has been home to either a minimum crew of three, a standard crew of six, or, during a Space Shuttle visit, as many as 13 astronauts on board at one time.

The most expensive hotel ever built. Image: NASA.

But it didn't start out as big as it is now. It's been an ongoing construction project ever since the initial modules were launched into Low-Earth Orbit (LEO) back in 1998, with the United States, Canada, Russia, Japan, and the 22 member states of the European Space Agency all sharing the costs of construction and operation (well, sort of).

This giant orbital space facility was originally planned to be de-funded and de-orbited around the year 2016, but extensions have steadily pushed that date back until at least 2024. By most metrics, the ISS is the most expensive single object ever constructed by human beings, having cost approximately $150 billion USD to design, build, and operate so far.

It also costs an additional $6 billion per year to continue operations on the ISS, with NASA alone footing about half of that annual bill. With these astronomical construction and operating costs, it's important to consider whether all of that effort was worth it—and whether it still is worth the cost of keeping the station operational.

To answer this question, we need to examine the utility of the ISS: do the scientific goals of the ISS justify the financial burden of keeping it operational? To figure that out, let's start by looking back at how we got to now.

A Brief History of the ISS

At $150 billion USD and counting, the initial design of the ISS dates back to the 1980's, during the Cold War. Initially conceived of as a follow-up to NASA's defunct Skylab station and as a response to the Soviet Mir station, the first iteration of the ISS was known as Space Station Freedom, and was planned to be built and operated exclusively by NASA. 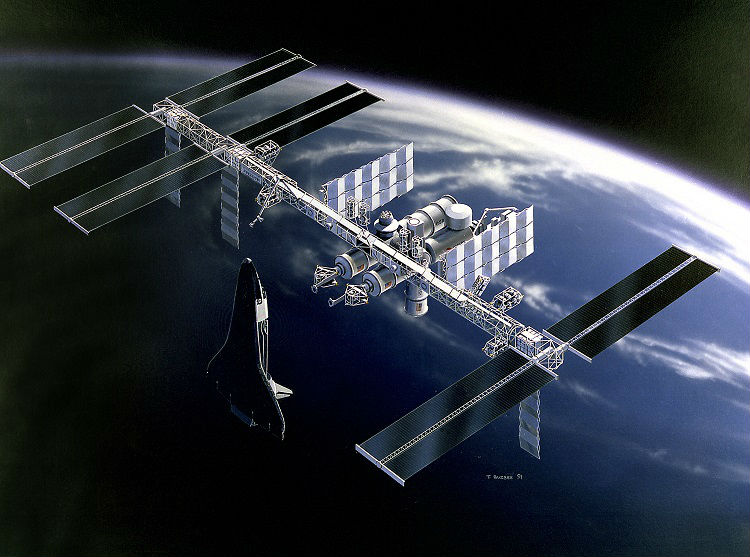 Design delays (partially caused by complications with the newly-introduced Space Shuttle) and budget cuts forced NASA to seek international partners to help cover the costs of their ever-expanding Freedom Station concept. By 1993, the United States, Russia, Japan, and Europe had all agreed to contribute various pieces of the station, and the final design for the ISS was ratified.

In hindsight, the ISS came about as a result of some severely flawed reasoning:

Decades ago, NASA abandoned its deep-space human spaceflight ambitions in favor of developing a versatile and reusable orbital spacecraft (the Space Shuttle) that could be used to construct a large orbital space station (what became the ISS). Both of these machines, like many of humanity's greatest technological achievements (including the rocket that took humans to the Moon), were conceived primarily as a response to war. 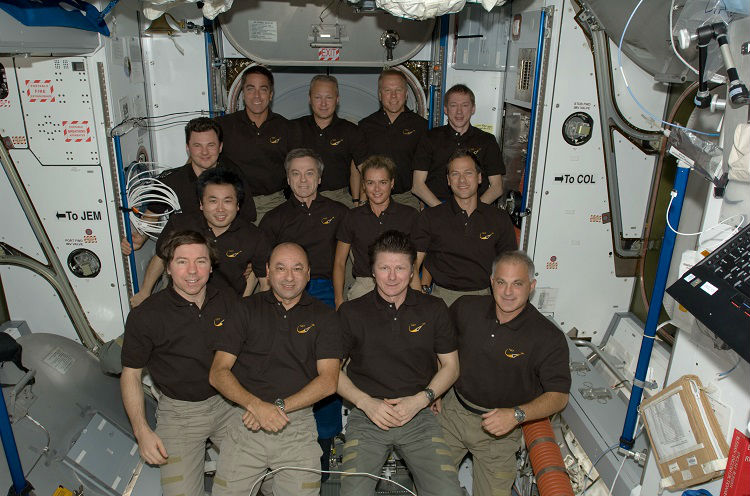 While these plans made sense in relation to NASA's Apollo-era budget, they ultimately became far too ambitious and expensive in the agency's far more conservative post-Apollo budgets. Once the threat of war was diminished, the agency was already too far down its path of space stations and orbit-only spacecraft to change course. And now that we're here, we would probably be much better off attempting to explore someplace else—anywhere else.

Development of new space exploration infrastructure takes time. Now that the ISS is nearing the end of its life and the Space Shuttle has been retired, NASA is moving ahead with human deep-space exploration once again.

It cost a lot of money to reign in the era of the space station. Isn't it about time that we cut our losses, dump the ISS into the ocean, and change course towards Mars? Unfortunately, it may not be that easy.

A Cost Analysis of the ISS:

When including the cost of NASA's Space Station Freedom development beginning in the 1980's and the cost of some three dozen Space Shuttle missions to help construct the station, the United States alone has contributed about 80% of the $150 billion-dollar price-tag on the ISS.

In addition to this, NASA currently contributes an ongoing $3 billion per year to maintain and operate the ISS. Europe, Russia, Japan, and Canada are responsible for the other $3 billion, split among them. That's a lot of money every year just to have a few human beings and their science experiments floating around in space year-round.

NASA's fiscal-year 2015 budget totals $19 billion. $3 billion of that is designated for ISS operations, a commitment that is planned to continue through 2024—a grand total of $24 billion over the next eight years. The primary question here is whether or not NASA could get more bang for its buck elsewhere. At face value, it certainly could.

For example, the Curiosity rover that's currently exploring the surface of Mars cost $2.5 billion from design to touch-down on the red planet. NASA is essentially spending a Curiosity-sized wad of cash every year just to maintain this orbital facility. And we learn a heck of a lot more from Curiosity each year than we do from on-orbit astronaut Q&A's and space selfies. 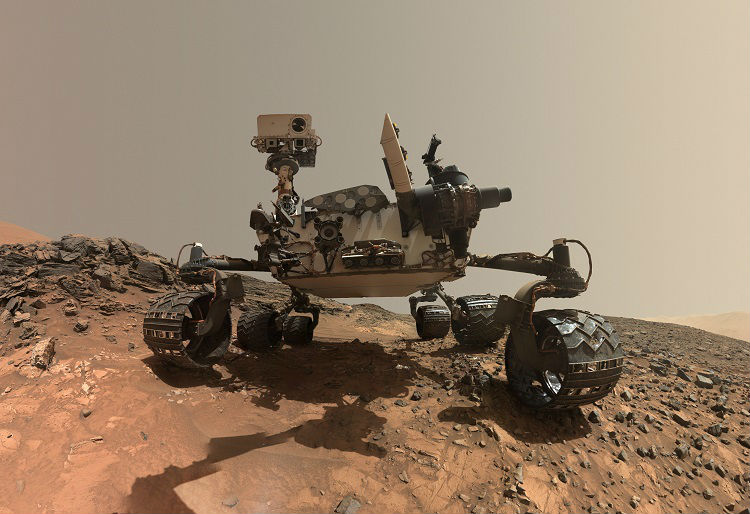 If we dumped the ISS, the money saved by NASA alone would allow the construction of ten Curiosity-like rovers that could be sent to explore Mars and elsewhere in the Solar System. Put that way, operating the ISS is very costly with regards to the amount of potential knowledge being lost every year by not building and launching more robotic explorers.

For another example, take the Cassini-Huygens probe/lander that explored/is exploring the Saturn system. Launched in 1997, Cassini has been studying Saturn and its Moons from orbit since its arrival in 2004, sending back the most detailed data and imagery every obtained from one of the gas giants.

In addition to that, the Huygens lander touched down on Saturn's moon Titan in 2005, sending back data from the surface for about 90 minutes. It remains the first man-made object ever to make (or attempt) a landing in the outer Solar System. The total cost for this mission, as of 2016? $3.26 billion—for 12 years of cutting-edge planetary science (and counting).

That's the price of just one ISS-year of growing lettuce in microgravity... 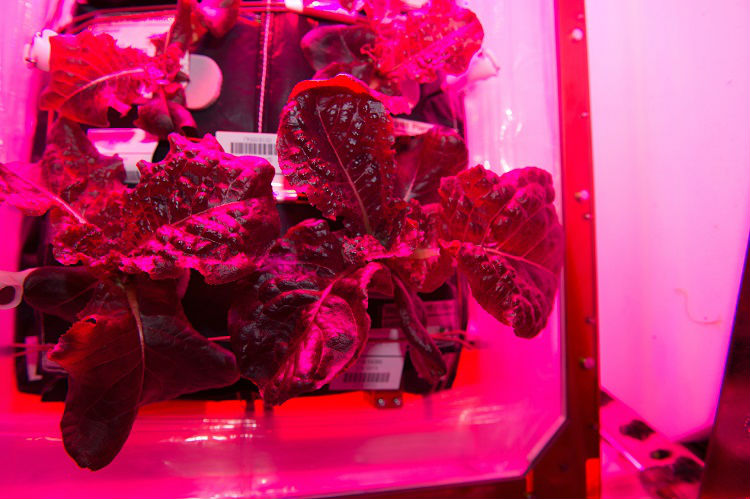 I spend far too much time worrying about the 'Lettuce Divide' that could occur if it turns out that space-grown lettuce tastes way better than Earth-grown lettuce. Image: NASA.

But we don't just need to build more Curiosity rovers or Cassini orbiters. Rather than fund the ISS for a year, NASA could build a giant space telescope that puts Hubble to shame, or send multiple Flagship-level missions (similar to Curiosity and Cassini) to a variety of compelling destinations throughout the Solar System (Europa, Titan, Enceladus, a second mission to Uranus/Neptune, the list goes on).

If we're going to be giving up such incredible avenues of exploration in return for orbital station-keeping, we should at least be getting a good return on that investment. And as far as the ISS goes, that return isn't immediately forthcoming.

An Expensive Stepping Stone To Mars

Publicly, NASA constantly reiterates that the ISS is an integral component of its Journey to Mars. These days, everything is. But the agency is adamant that the information gained about human health in the closed ecosystem and microgravity environment of the ISS is crucial for sending humans to Mars.

A human mission to Mars may end up being a three-year ordeal, so figuring out how to live and work in space for long periods of time is important. But there's also a financial component.

It's been calculated that NASA could maintain its currently allocated federal budget (adjusted for inflation, of course) and send humans to Mars—if/when the annual $3,000,000,000 budget for running the ISS is instead funneled into the Journey to Mars program.

The current plan is that NASA will de-fund the ISS in 2024 and shift all of that money (and the money from development of the SLS rocket, which should be fully operational by then) towards developing: a deep-space habitat, a habitat for the Martian surface, and a Mars Ascent Vehicle (MAV) with which to launch samples (and eventually humans) from the surface of Mars back to Earth. 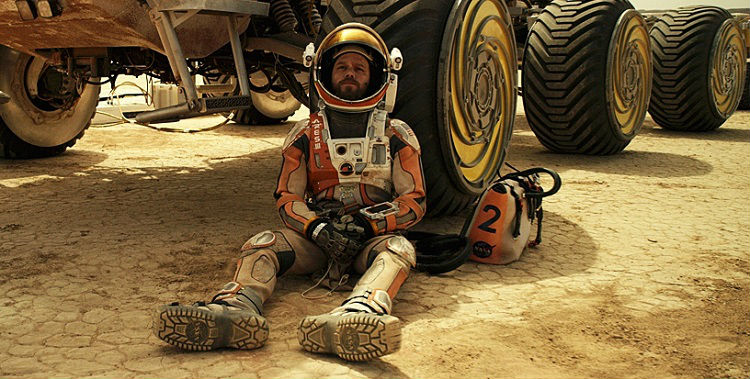 Taken another way, it could be argued that NASA is using that $3 billion ISS budget as a sort of seat-warmer for when it needs that money to go to Mars. But, because NASA is also partially in the business of self-promotion (public interest in space can greatly influence its budget), it can't just scrap its only human spaceflight program just yet. The end of the ISS needs to correspond with the beginning of human flights on the Orion space capsule, currently planned to take place in the early 2020's.

Sure, the ISS may be an unjustified financial burden right now. That money could be better spent elsewhere. But the ISS also holds the key to a brighter future—it maintains our human spaceflight capabilities and enables us to prepare, even if just a tiny but, for the future Journey to Mars.

For now, we're only able to shuttle humans to and from the ISS. But in the coming decade, when the SLS and Orion are finally complete, the path will be paved once more for real human space exploration—the sort that hasn't been happening for nearly fifty years.

The current state of human spaceflight is not pretty picture. If we could've looked far enough ahead, we probably wouldn't have chosen the path that led us to now. But it's what we've got to work with. It's one hell of an expensive stepping stone, but it's better than not having one at all.

Further reading: "6 Reasons Mars Will One Day be Colonized Just Like the Americas Were."