In Old Norse philosophy, there's a poem titled the Hávamál that's attributed to Óđin (the primary god in Norse mythology) himself.

A good amount of this poem deals with matters of ethical behavior and practical wisdom, such as: when to carry a weapon, how to interact with other people in various circumstances, and how to face your own mortality. It also goes into some detail about the various powers Óđin possesses, and how he wields them.

You can listen to this post in audio format:

In popular imagination, the Viking Age isn't associated as much with wisdom as it is with barbarism. But it does take great wisdom to lead others on long sea voyages, navigate difficult and uncharted waters, discover (and conquer) new lands and cultures, establish settlements over vast distances, and maintain logistics and communications across oceans.

The kind of expansion we see in the Viking Age is impressive in its breadth, and would seem to signify a culture that prizes wisdom. These Viking cultures were impressive in their capacity for state-building, colonization, and administration of far-off lands. It also requires a significant expertise to implement the kind of navigation and ship-building techniques they utilized to accomplish what they did.

From Greenland and North America in the West, to Russia in the East, all the way down to the Black Sea and throughout the Mediterranean, the Vikings roamed and raided all of this territory, particularly the coastal areas. Almost the entirety of coastal Europe and large chunks of the Mediterranean would be scattered with Viking settlements at different periods in time throughout this time. Looking at a map, the total area covered by Viking expansion (when including the distances covered by sea) is greater than the total reaches of the Roman Empire at its peak [1] [2].

This is astonishing when you consider that, at its peak, the Roman Empire had a population that was 300 times larger than the population of the Nordics during the Viking Age (moderate estimates for the Roman Empire put its peak population at 60 million, compared to a combined estimate of 200,000 for these Viking cultures that existed many centuries later [3] [4]).

I would hazard a guess that such feats as were accomplished by the Vikings wouldn't have been possible without a hefty supply of wisdom to guide them. And yet, the type of wisdom practiced by the Vikings would have been more conventional in nature rather than the airy type of wisdom practiced by those who came before them. We don't see the Vikings gathering at the Agora and interrogating the common folk about the source of their knowledge or preaching the nature of the Forms, as per Socrates and Plato.

Instead, the Vikings would have prized a sort of conventional and practical wisdom: something that would aid them as they endured hardship, put themselves in dangerous situations, and sought to reap significant rewards through their conquests.

As we see in the Hávamál, there's a bit of a cautionary tone in much of the mythology from this time period. Many of the tales of the great heroes of the Viking Age seem to warn against the consequences of power grabs, blood feuds, jealousy, betrayal, murder, and revenge. As is the case in other cultures, embedding moral lessons in literary and oral storytelling is a sure way to have those lessons stick, and the Vikings were no different in this sense. As a primary source of conventional wisdom dating back to the Viking Age, this is where the Hávamál comes in.

In this and other Old Norse myths, Óđin appears as a tireless seeker of knowledge and wisdom—hoping to use this knowledge/wisdom to delay or prevent Ragnarok, the destruction of the world as we know it. This constant wisdom-seeking behavior usually gets him into some sort of trouble, though in the end he's always able to narrowly escape his predicaments through a combination of wit and magic.

Óđin represents the embodiment of the wise person. And as a lover of wisdom, he has a lot to say about the nature of wisdom through the text of the Hávamál, including the benefits of wisdom in moderation:

In the translator's footnotes, he mentions that the "little wise" phrase can also be rendered as "middle-wise," meaning one who is moderately wise. And tellingly, elsewhere in the Hávamál, Óđin criticizes those who are ignorant or foolish:

More than anything, the Hávamál continually stresses that wisdom is one's greatest ally in navigating through all of the problems life can throw at you, and alludes to the fact that those with little wisdom don't have the tools they need to successfully find their way through various situations.

We can glean from this text what the Viking cultures might have said about the pursuit of wisdom: you should know just enough to be useful, but not too much so as to be burdensome.

We could also render this as: Be wise in the practical matters of everyday life, and don't waste your time with indulgent theorizing about the 'true' nature of things.

The misfortune of being too wise

Indeed, Óđin goes on to warn of the misfortune that comes with having too much wisdom:

Ultimately, Óđin is making a distinction between three types of people:

You surely don't want to be a fool, as it takes wisdom to navigate through the difficulties life throws at us. But you also don't want to be too wise since, according to Óđin, this is a sure way to maintain a life of misery.

Óđin himself falls into the category of one who is too wise to be truly happy. Having the power of foresight and knowing of the inevitable coming of Ragnarok, Óđin is unable to rest. Instead, he constantly strives for more knowledge, power, and wisdom in the hopes of avoiding the disaster to come.

I believe there are some parallels here with philosophy in general. From my own experience, the pursuit of wisdom never ceases; the study of philosophy is an endless game. My happiness is largely maintained with the constant consumption of knowledge and ideas from new sources (this is why I came to the Hávamál in the first place).

Perhaps the saddest possible situation for me would be reaching the end of this wellspring of wisdom: either there's no further wisdom to attain, or the return on investment begins to wane.

Luckily, I think we're long way off from the well of wisdom drying up. And with new knowledge being added to the human lexicon every day, the current problem seems to be that there's too much to learn rather than too little.

Even so, I feel Óđin's struggle. Similarly to how he sees the inevitability of Ragnarok and seeks to do everything possible to avoid it, I also see the possibility of existential risks to humanity and the possibility that our future might be lost. And given our current predicament as a civilization, maybe there's some merit in looking to the wisdom of the past in order to help guide us to a better future.

In the above quotations, I've used Jackson Crawford's excellent translation, titled The Wanderer's Hávamál. He's also done an alternative, creative rendition of the this text, coined The Cowboy Hávamál. Here are these same stanzas on moderate wisdom from this other version: 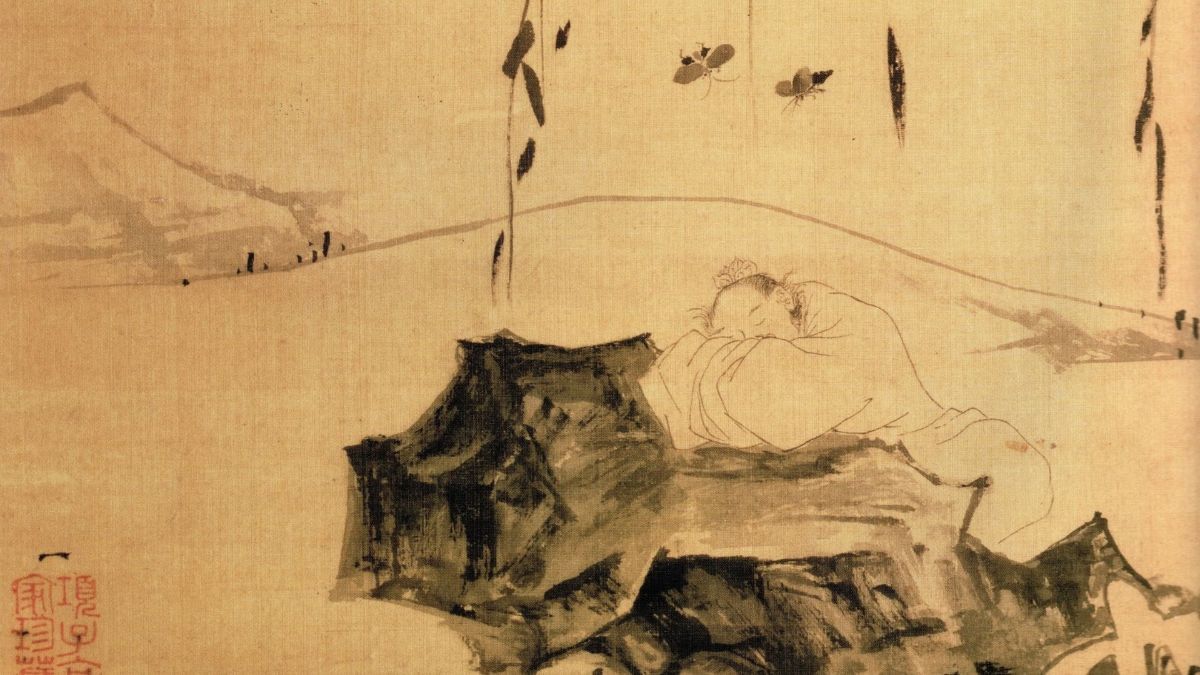