Quasars and Supernovae are the Real Death Stars of the Universe

The Death Star, that moon-sized space station/terror-machine built by the Galactic Empire of the Star Wars universe, is about to feature prominently in its third—or fourth (if you count The Force Awakens' "Starkiller Base" as a Death Star heritage technology)—film in the franchise.

The most destructive force in the universe? Not even close. Image: Star Wars Episode VI: Return of The Jedi.

While its planet-destroying laser cannon is a technological marvel to behold, this level of power isn't particularly impressive in the grander scheme of the universe. In Episode IV: A New Hope, Darth Vader states: 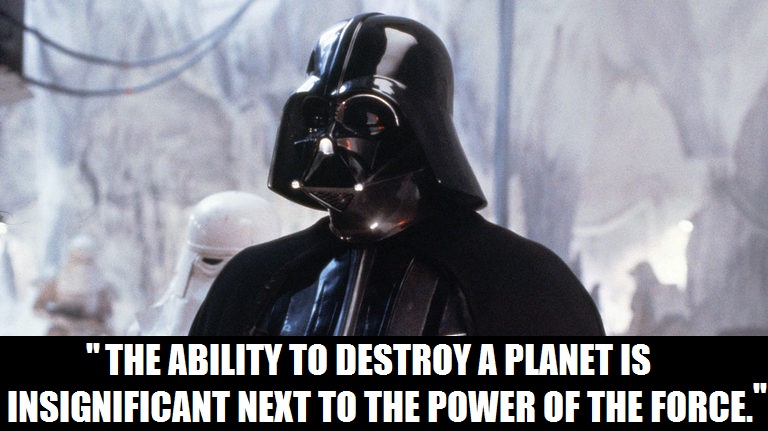 We later learn that this mysterious 'Force' is some sort of energy that permeates all matter in the universe and 'binds things together' (according to Obi-Wan Kenobi). But, most importantly, it's able to be controlled by individuals who learn to wield it—sometimes to devastating effect.

The Death Star itself isn't particularly terrifying when considering all of the other terrifying things that exist in the universe (after all, we don't see a small band of X-Wing pilots blowing up black holes, do we?). Take, for instance, quasars: 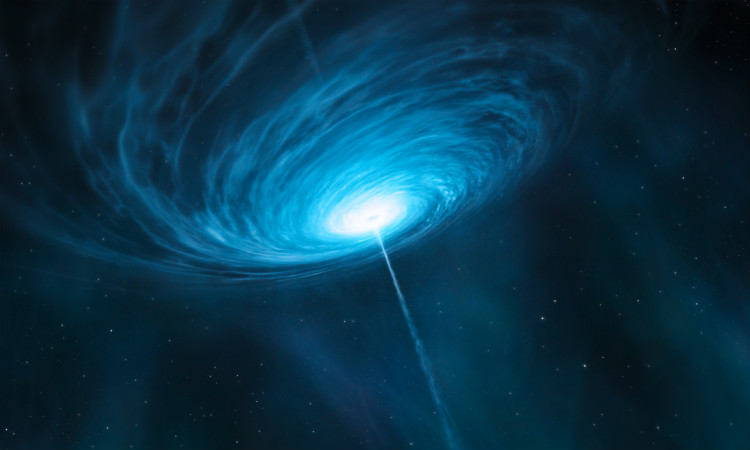 Artist's depiction of what a a quasar would look like up close (and by close, I still mean thousands of light years away). Image: ESO/M. Kornmesser.

These things are real, and they're the size of whole galaxies. That's thousands of solar masses worth of material being shot out into intergalactic space in a huge beam. I mean, this image isn't real, of course. Neither is this one: 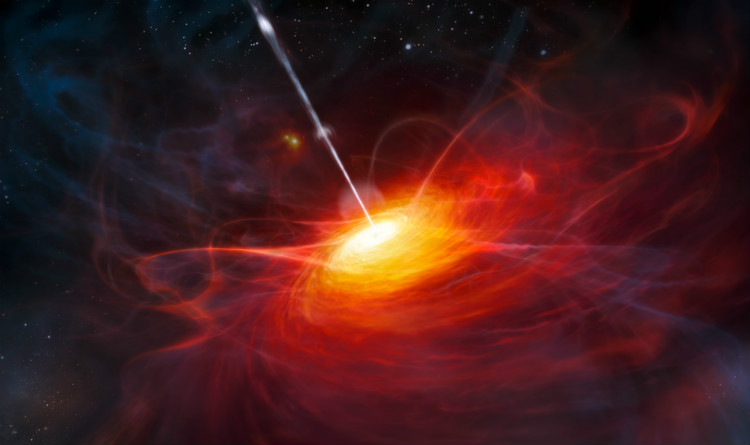 Another cool looking quasar. It sort of seems like they're shooting at each other... Image: ESO/M. Kornmesser.

These are artist's depictions of what quasars would look like if we were given the right vantage point. But we don't have that vantage point, because most quasars in the universe are located billions of light years away from Earth (meaning we also see them as they were billions of years in the past). 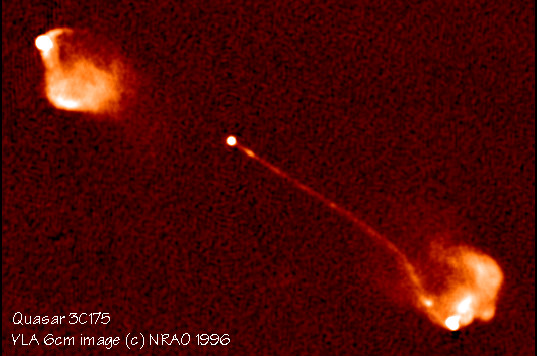 Quasars were a fundamental aspect of the early universe. They're really just supermassive black holes that are pulling matter into their enormous gravity fields, gobbling things up and spitting them out.

The matter that gets spit out of a quasar in its giant beam eventually forms a spinning cloud of material around the central supermassive black hole. Once all of the nearby matter has been eaten up, the quasar activity dies down, and the spinning gas cloud forms stars—billions of stars, which billions of years later result in the galaxies we're familiar with today. 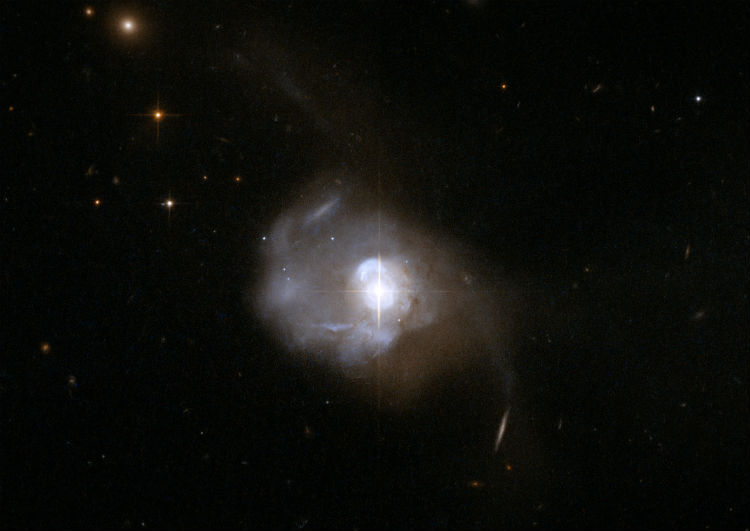 What this means is that quasars are objects that literally existed a long time ago, and in galaxies that are far, far away.

Or, this could all be wrong. Perhaps every quasar we think we see is really just a Death Star in another Star Wars galaxy, far, far away. There are, after all, a lot of weird things out there other than quasars. For example, exploding stars: 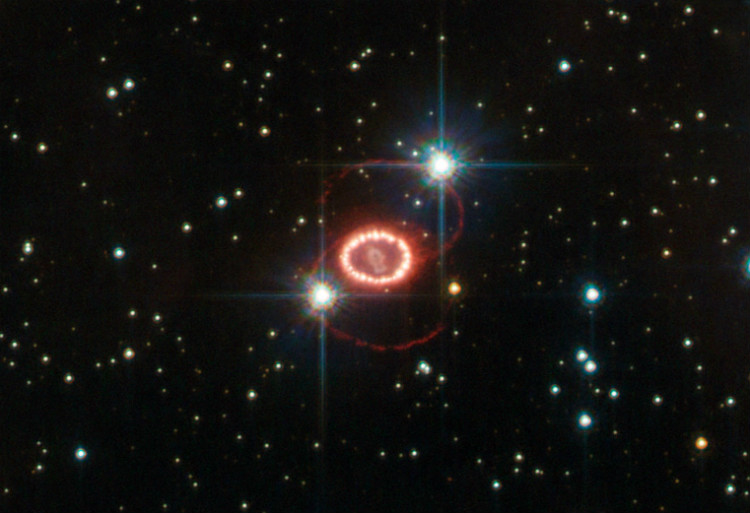 This is a star exploding as a supernova long ago in a neighboring galaxy. Image: ESA/Hubble & NASA.

A supernova occurs when a really big star (many times the mass of our Sun) uses up all of its hydrogen fuel and explodes, radiating shockwaves of material and gamma-rays outwards into interstellar space. 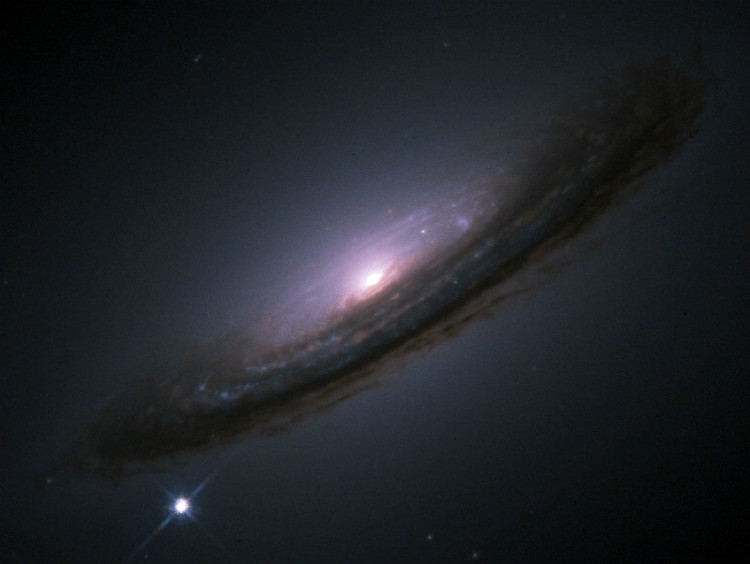 So, what's the difference between the Death Star, a quasar, and a supernova? Well, the Death Star came into existence because people wanted to terrorize other people.
Quasars and supernovae came into existence because the cosmos wants to humble us. And these sorts of incomprehensibly powerful cosmic events have been going on for a really long time. 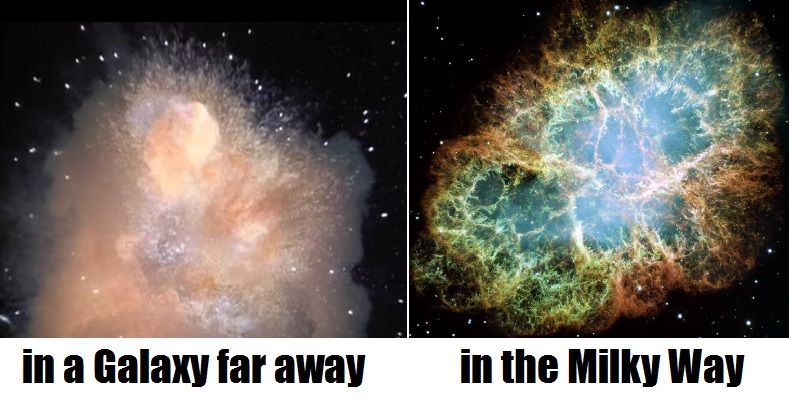 The raw materials that enable technologies like smartphones and laptops were forged in the hearts of massive stars as they exploded. The Death Star exists (in our fiction) because a supermassive black hole burped out some of its lunch and some of that lunch became a star which then violently exploded, spewing heavier elements throughout the galaxy.

Then those heavier elements coalesced into a star and its surrounding planets, which billions of years later became us. Then we invented technology, and movies, and Star Wars. All thanks to quasars and supernovae—phenomena which, if we were anywhere near, would kill us all instantaneously.

Think about that while watching Rogue One this weekend—a luxurious mis-representation of spaceflight and galactic civilization that our cosmos has so benevolently allowed to exist.