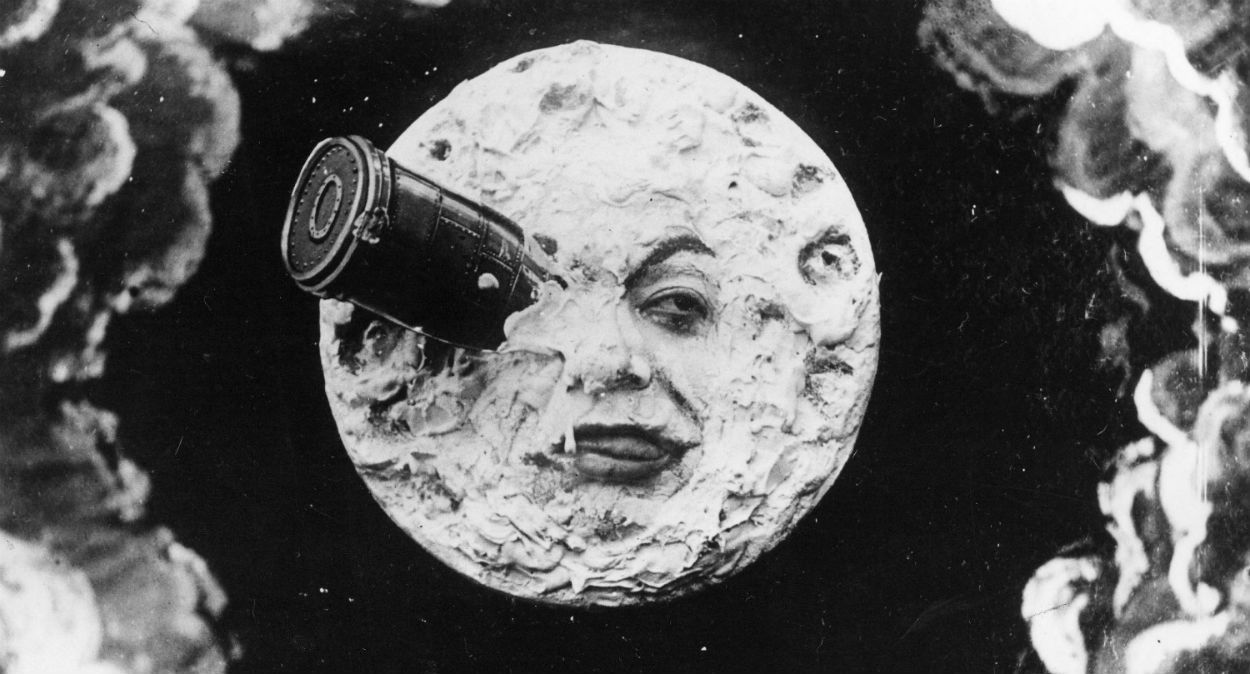 All the way back in 1902, human beings started imagining what a journey to the Moon would look like. Just 67 years after The Trip to the Moon debuted in theaters, the first human beings walked on the Moon for real—and the real version played out quite a bit differently.

Now that this classic Sci-Fi epic is 114 years old, let's take a look at six key differences between what our ancestors thought that journey would look like versus how it all actually went down:

1. APOLLO ASTRONAUTS WERE NEVER SHOT OUT OF A CANNON TO GET TO THE MOON. 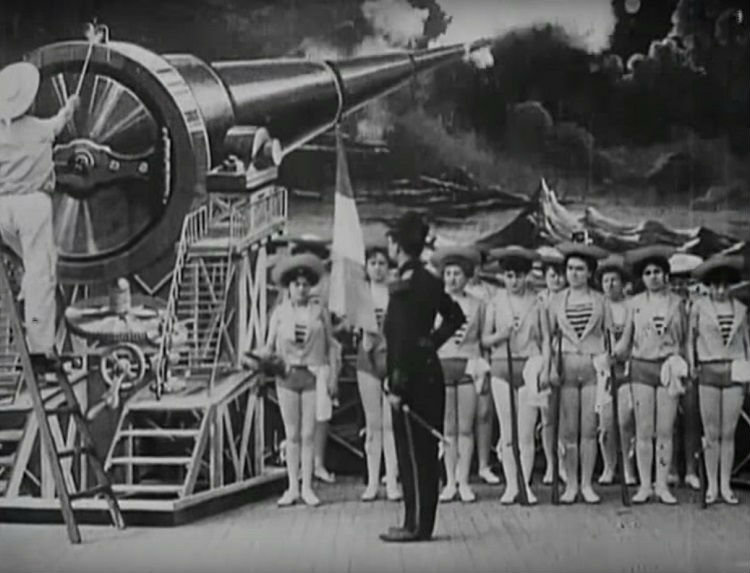 Apparently, being shot out of a cannon is the best way to travel through space. If only Elon Musk knew... Image: A Trip to the Moon.

That's why we used rockets instead: they reach maximum acceleration after they've already cleared 99% of Earth's atmosphere, where friction isn't as big of a problem. Speaking of friction, what's with all of those scantily-clad young women standing beneath that long metal shaft? Are we sure this is only a Science Fiction film? 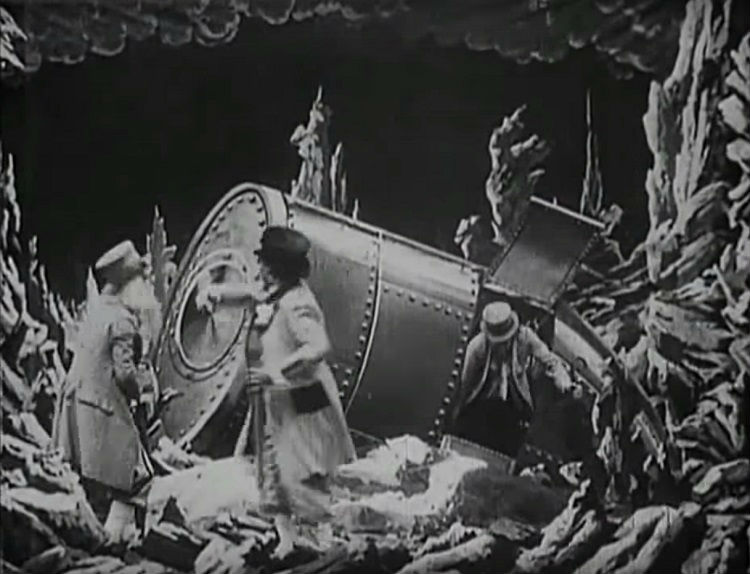 Now why didn't anyone think of firing soldiers over enemy lines inside artillery shells during WW1 and WW2? Image: A Trip to the Moon.

Without their gigantic space suits, astronauts on the Moon would have died almost instantly. Not only did these supply breathable oxygen, but the entire inside of the spacesuit was also pressurized and air-conditioned.

Without the weight of an atmosphere pushing against our bodies, our skin would balloon outwards, our eyeballs would pop out of our skulls, and all sorts of other gnarly stuff would happen. Just as we need gravity to not float away, we also need atmospheric pressure to not come apart from the inside.

Another factor is un-filtered sunlight, which is why astronauts needed air conditioning on the surface of the Moon. With a 28-day long day/night cycle, temperatures on the sunny side of the Moon can reach 123 degrees Celsius (253 F), whereas the dark side can dip as low as minus 153 degrees Celsius (minus 243 F).

The Moon is simply no place to be walking around in your best early-1900's suit. Probably better to leave it back on Earth—after all, we wouldn't want to add any unnecessary weight to that artillery shell. 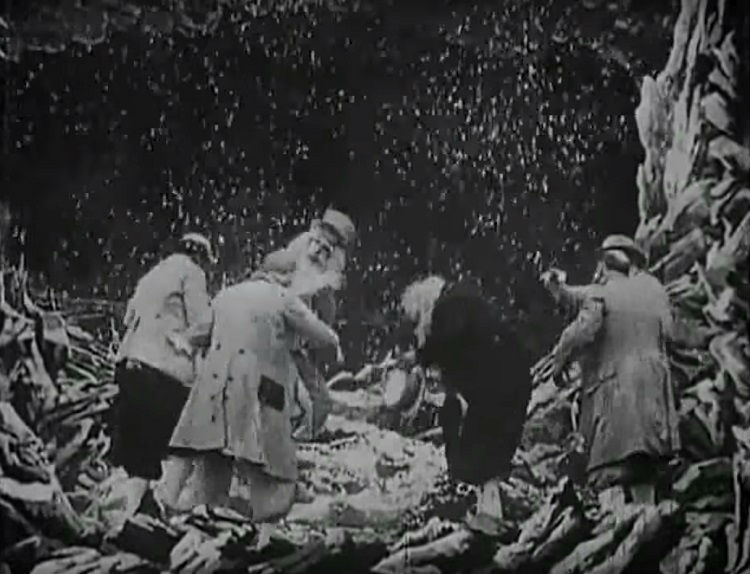 A very merry Christmas to all. I think I see Santa... Image: A Trip to the Moon.

Though, perhaps you could consider kicked-up lunar dust falling back to the surface to be 'snow'. That'd be a poor man's Christmas (or an astronaut's Christmas?) on the Moon.

4. THERE (PROBABLY) AREN'T ANY EXTRATERRESTRIAL MUSHROOMS GROWING IN LUNAR CAVERNS. 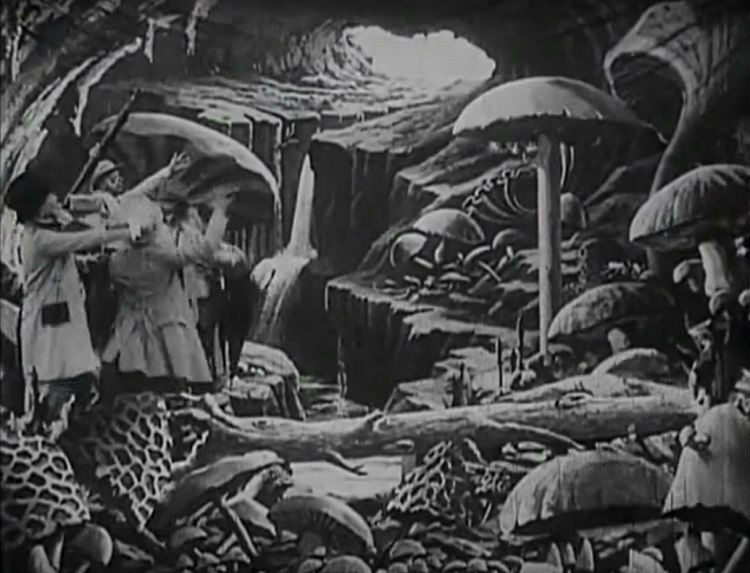 They be trippin' on the Moon. Image: A Trip to the Moon.

Well, none that we're aware of. There's a chance that Neil Armstrong and Buzz Aldrin stumbled across a treasure trove of psychedelic shrooms and kept them all to themselves. If so, it must have been a rough trip for them—neither Neil nor Buzz ever seemed to interested in going back to the Moon a second time.

Come to think of it, that title "A Trip to the Moon" now takes on a whole new meaning.

5. YOU CAN'T JUST PUSH YOUR SPACECRAFT OVER A LEDGE ON THE MOON AND FALL BACK TO EARTH. 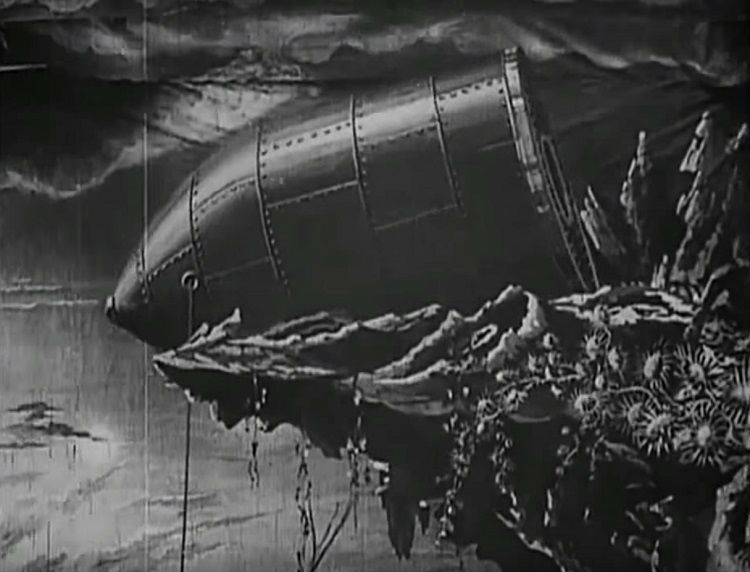 Wasn't this thing in a completely different location before? Image: A Trip to the Moon.

Firstly, the Moon isn't flat and doesn't have an edge you can just jump off of. Pushing a spacecraft over a ledge on the Moon would just make it fall further down onto the surface of... the Moon.

Secondly, the Moon has its own gravity. And it takes a certain amount of energy to escape that gravity, otherwise you wouldn't be able to get back to Earth.

For Apollo astronauts, this meant launching their Lunar Module from the surface of the Moon, rendezvousing with the Command Module (which had the big engines) in lunar orbit, and then initiating a Trans-Earth Injection burn in order to exit the Moon's gravity well. Once free of the Moon, the Apollo capsule 'fell' towards Earth for a few days until eventually landing in the Pacific ocean.

The movie isn't that different, I suppose. They just forgot a few steps and replaced rocket engines with manpower. And that's alright, because rocket engines in the 1900's were the equivalent of warp engines today in 2016—plausible, but not at all practical.

6. THERE'S NO ALIEN CIVILIZATION ON THE MOON. 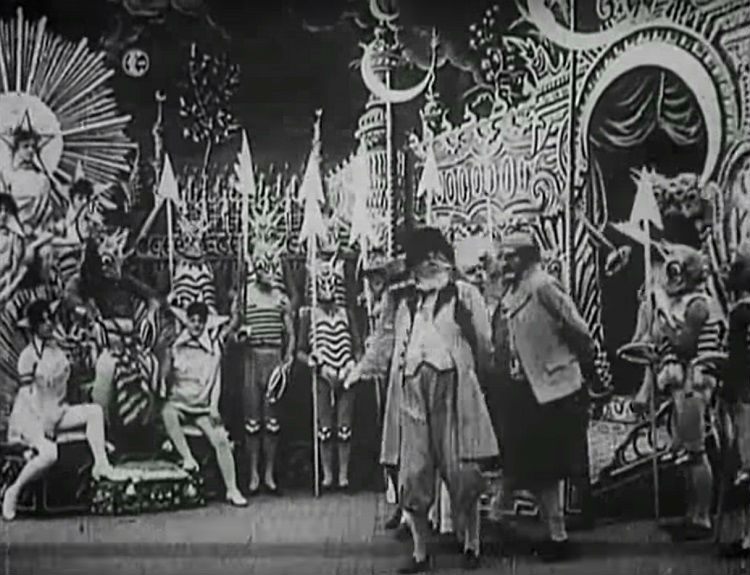 Taken hostage by aliens = every movie that has ever featured aliens. Image: A Trip to the Moon.

A few strange things happen with this, and they've remained common tropes of Science Fiction for literally over a century. First, the human visitors to the Moon are captured by an apparently hostile alien tribe. Second, the human visitors escape their alien captors and depart from the Moon in their spaceship. Third, during their escape, an alien savage is captured by the humans and returned to Earth to be paraded around in a giant celebration.

Now doesn't that just sound like the plot to every movie that involves aliens? You can thank this ancient movie for that. Now, enjoy your own private viewing of A Trip to the Moon (courtesy of YouTube):

Three similarities between the film and reality: both spacecraft were shaped like artillery shells, both splashed down in the ocean and were recovered by boat, and there was also a parade after Apollo 11 landed. Mind = blown.