Everyone is always going on about the myriad of good reasons to send humans to Mars. But what about the good reasons not to go to Mars? Here are a couple:

It's always a concern when sending surface probes to pristine worlds such as Mars that we may inadvertently send a bunch of hitchhikers as well—that is, a whole gang of hardy microbes.

Even with meticulous spacecraft cleaning procedures in place, we can't catch 'em all. Some microbes will still get through, and many these rugged little creatures are able to survive in the vacuum of space—perhaps even all the way down to the surface of Mars. 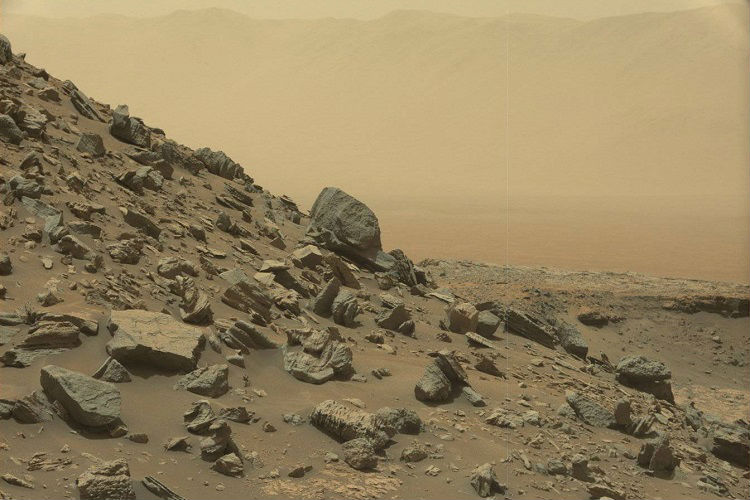 An image of the surface of Mars. Could microbes be living in this soil? Image: NASA/JPL-Caltech/MSSS.

NASA's office of Planetary Protection is intended to minimize the chance that microbes from Earth make it all the way to Martian soil. But it's an undeniable fact that, every time rovers like Curiosity touch down on the red planet, more than a few of these hardiest of hitchhikers have also survived the journey through interplanetary space.

What happens from that point on is a mystery. It's likely that some surviving microbes from Earth have ended up in Martian soil. But whether they all die, or manage to survive, or somehow manage to thrive is a matter of some controversy.

But sending humans to Mars is a whole new level of biological contamination. Human bodies are walking biomes that each host trillions of microbes in everything from our hair to our feces. Like Mark Watney growing Earth potatoes in Martian soil, introducing our biology to the Martian environment may be one sure way to contaminate the red planet irreversibly.

If Mars is currently a dead planet, it could start springing to life as soon as humans step foot on it. And if Mars is presently inhabited by little Martian microbes, then introducing Earth microbes would be no different than introducing an invasive species into a new environment here on Earth, devoid of any natural predators. 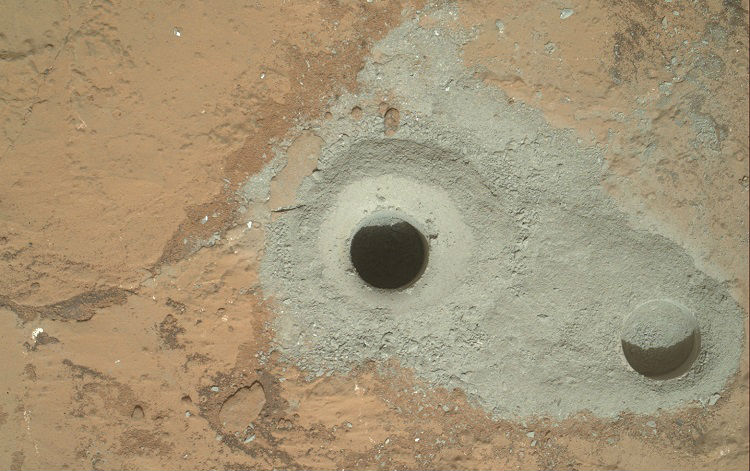 A hole on Mars. NASA's Curiosity uses these to hunt for Martians. Image: NASA/JPL-Caltech/MSSS.

Either scenario is detrimental to our ultimate goal on Mars: to search for signs of Martian life, past or present. Having Earth microbes in the mix would make that search much more complicated, as they could potentially contaminate (and thus invalidate) what would otherwise be pristine Martian samples.

It may just be that, prior to humans stepping foot on Mars, we should first exhaust all other avenues for detecting Martian life with exploration robots (and conducting a few robotic Mars sample-return missions).

Mars may be the only other place in the Solar System on which life could have existed in the past (or presently does exist), so ensuring that we disturb that environment as little as possible should be our main priority.

Besides, if we were Martian microbes, we wouldn't want a bunch of filthy Earthlings digging a bunch of random holes and flinging their feces everywhere, would we?

2. WE DON'T NEED TO PLANT FLAGS ON MARS 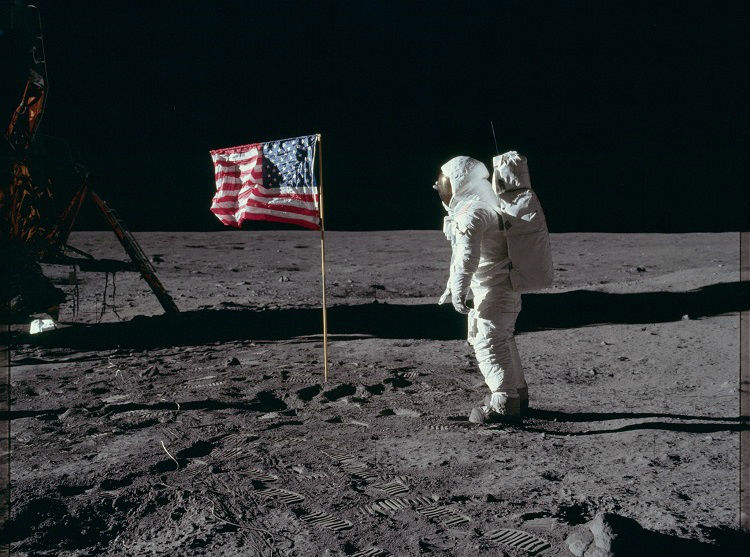 A man on the Moon can enjoy himself a sunny afternoon in the shade of the American flag. Image: NASA.

The only reason human beings went to the Moon in 1969 was to prove a point: that the United States was more technologically advanced than the Soviet Union.

Alright, let me rephrase that. The only reason the federal government of the USA allocated tens of billions of dollars to NASA during the height of the Cold War was so that it could one-up the USSR. Obviously, the folks at NASA would have loved to have gone to the Moon anyways, but they didn't have the resources to do so until JFK made a ballsy bet:

Those were different times. NASA's Apollo mission was a flag-planting mission, after which astronauts packed up, hopped back onto their expensive spacecraft, and arrived back on Earth in time for their scheduled parade.

So planting a flag on the Moon is one of the big things that came out of the Cold War. The other big thing almost ended up being the destruction of the human race in a global nuclear war, but that's all water under the Moon.

We won't be going to Mars to plant flags, we'll be going to explore and learn. The red planet is no place for flags and nationalism. Nobody owns Mars, because Mars is the common inheritance of all humankind.

Humanity's eventual journey through interplanetary space and landing on Mars won't be about winning; it will be about progress. Well, progress and parades. And a bunch of inspirational speeches from a gang of charismatic world leaders, I'm sure.

Elon Musk has been known to reiterate the importance of setting up a colony on Mars in case something bad were to happen to Earth—like a doomsday asteroid or some other cosmic event or, far more likely, a human-induced apocalypse.

But this notion is ridiculous. If it were to happen that we, as a global community, somehow managed to screw up Earth so completely that Mars became the best place in the Solar System to live... Well, then humanity should probably just go extinct.

And there's also no reason to think that the same people who destroyed Earth wouldn't do the same to Mars, whether it be through environmental destruction or warfare or some other short-sighted venture.

This is what Mars might look like after trillions of dollars worth of terraforming. Image: ESO/M. Kornmesser.

We don't need Mars to be our lifeboat in case Earth capsizes after hitting the iceberg of human stupidity. Instead, we need to be cautious and steer around those icebergs rather than into them. Earth is not the unsinkable ship it's been advertised as (just ask the neanderthals and the woolly mammoths and the saber-toothed cats of yesteryear).

Now for the asteroid problem—which is a more tangible type of iceberg, like the one that sank the Titanic. Back in 2005, the United States Congress directed NASA to discover 90% of all Near-Earth Objects (NEO's) 140 meters or larger in diameter (known as 'region-killers' because they could cause catastrophic regional damage and kill millions of people in an impact event) by the year 2020.

After over 10 years of star-gazing and a significant ramp-up in funding in recent years (to a whopping $40 million in 2014), NASA has currently only found an estimated 15% of these objects so far (source: Planetary Radio 09/02/2016).

Now, $40 million is less than the cost of launching one of SpaceX's Falcon 9 rockets. If we were to take Musk's suggestion seriously, then what we (he?) should really be doing is spending the money to catalog all of these dangerous NEO's and locate any of these potential impactors (read: icebergs) as soon as possible.

Then, if we were to find an asteroid headed our way, we could send a spacecraft out to gently nudge or redirect it into a safer trajectory so that it wouldn't impact Earth and doom us all. That would be a lot simpler than moving to an uninhabited planet that looks like this:

This is what Mars looks like now, and humans want to go live here in case Earth is somehow rendered uninhabitable? Image: NASA/JPL/MSSS.

In short, the act of finding, tracking, and even intercepting (if necessary) all of these potential killer asteroids before they lay the smackdown on Earth would be significantly less costly than what it would take to colonize Mars.

So if what we're really afraid of is a doomsday scenario rendering Earth uninhabitable at some point in the future, let's solve these issues prior to or in addition to going to Mars (which is, by the way, presently uninhabitable). Mars is still cool, and we should definitely go there... But maybe we should deal with a few more pressing issues first.

Oops, was that too logical?